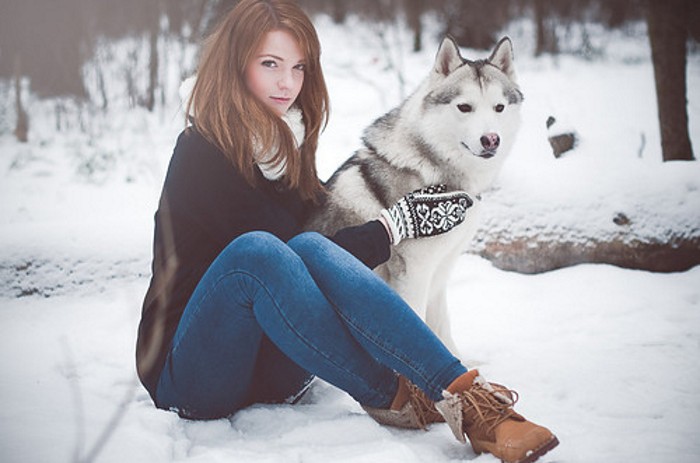 Siberia isn’t a place many people would pay up to visit, is it? Not only is it harsh, sad, and cold, but it also gnaws you that you could have a better time in Russia simply by going to its European part. Even if Siberia is much closer to you geographically, it’ll probably be wiser to go to Moscow, St. Petersburg, or maybe Kazan.

And, regarding the probable goal of your journey — going there to hookup girls — the women from some parts of Siberia you’re likely to visit aren’t that different from the ladies West of Urals.

However, there are several things, both in regards to that goal and in general that only Siberia may offer you. And if you’re interested in any of them, you may consider actually going there. Especially since it’s not actually an ice-locked frozen wasteland many people tend to mistake it for.

What is Siberia exactly?

Before delving into a matter of how to correctly hookup girls from Siberia, knowing what is Siberia exactly won’t hurt you. Especially in terms of figuring out if you’d rather spend your time West of East of Urals.

Geography lessons aside, you can’t really speak about the Siberians as of one people, the region is just too huge and diverse, maybe not so much ethnically, but in terms of mindset — definitely.

In fact, there are several definitions of what Siberia is. Sometimes, it completely coincides with the term ‘Russian Asia’, but the inhabitants of the Far East will tell you they aren’t Siberians at all. So, there’s that.

When is it better to choose Siberia or Asian Russia?

If you really want to visit Russia, maybe hookup women from this country and have a good time there, it’s better that you come to the European parts of Russia, though it may not always be a wise choice.

If you live in Eastern Asia (especially, Korea, China, or Japan), on the West Coast or in Oceania, coming to Moscow will seem like a feat too great. But there’s actually a much shorter way.

See, Siberia is oft considered an undeveloped frozen region, but not everything is as shabby East of Urals. There’s actually one notable example of a warm, comfortable, pretty prosperous and welcoming Asian Russian city — Vladivostok.

A bit of a paradox, but one of the main cities in Russian Asia is actually on the same latitude as Monaco, which means it’s a pretty warm city, if not hot. Hence, many people hesitate to call the city Siberian. Of course, the winds from the ocean cool the coast quite a bit, so don’t prepare for a beach vacation.

On another note, it’s one of the biggest ports of both Russia and Far Asia, it has all the comforts of a modern city, and it also looks pretty nice. Combine it with the fact that you don’t need to travel far to visit an actual living Russian city, and it suddenly becomes a pretty good deal.

How to hookup girls here

The harsh and stoic mentality of the Siberian doesn’t apply here. The Vladivostok people, in fact, resemble the Muscovites more than anyone. Like them, these people live comfort and somewhat stable prosperity, and it doesn’t make life here too bitter. It means that dating Russians here is the same as dating Russians in Moscow, but much closer geographically.

And it enables you to follow the classic sequence:

Not very subtle, but often works. Alternatively, you can also find women in public places, like bars, cafes, and night club, and hook them up there and then. They also do it and don’t really protest spending just one night with a person, especially if you emphasized it beforehand.

On the other hand, if you want to come to the actual-actual Siberia, then Yakutia is your choice. Yakutia (or Sakha) is a large land in northern Asia, it’s covered with snow, it’s cold and it’s not still closer to Vladivostok than Moscow is.

Moreover, it’s a bit exotic even for Russians, and what you’ll find here you can’t find in any other parts of Russia. It’s the Yakuts, the native population of this land that constitutes roughly half of the population in Yakutia.

Despite being… well, Asians, they behave very much like the Russians. In a way, they are like Russians — they speak Russian, behave like Russians, they’ve adopted a lot from them, but they are not Russian. Don’t say it to them, or to any other non-Slavic person in the country.

Why hookup girls from Yakutia

Interestingly, the Yakutian girls are actually very cute, if not beautiful. It’s harsh even in the capital, Yakutsk, and yet many young Yakutians are modern. Even so far away, they don’t generally oppose the idea of quick hookups and one-night-romances. Not if you get acquainted through an app.

It’s actually fairly interesting to spend time with one of them. Even if a person lives a city, is well-provided, and has a modern mindset, she’s still bound to sometimes witness the oddities of a Yakut society and way of life.

And make no mistake, the locals are modern people in all aspects, but many are still very respectful to the ways of the ancestors, making them all look pretty old-fashioned.

There are also Russian Siberians, of course, not all of them are Asian or live in the warm oases. However, you’ll find a few problems if you decide to visit one of the Siberian cities.

First, not all of them are actually comfortable enough for tourists. They are fine by the locals, but that’s because the locals didn’t travel miles upon miles to come there (and they are also more enduring).

Second, not many Siberians are very different from non-Siberians, unless you travel to the countryside. And while it’s an interesting experience, it’s not very good grounds to hookup girls.

Third, it’s actually easier and more rewarding to come to Moscow than, say, Yekaterinburg. It’s more comfortable, the people are pretty much the same, and the distance isn’t much of a problem at this rate.

The cities you could visit

There are, however, a few interesting and pretty tourist-friendly cities very you could spend some time and hookup girls even, if you’re lucky.

In fact, it’s not very easy to pick a nice city for a vacation, because a lot of them are cold and not very environmentally-friendly. Still, Irkutsk, Krasnoyarsk, and Yekaterinburg are quite nice. Former to latter, the cities get closer to Europe, so you should weigh your possibilities and the advantages of the cities you want to visit.

Mentally, people are pretty similar there. They are modern but harsher than usual, not too harsh to be a problem, but still more sturdy than their compatriots in the West.

If you only want to come to one of them to hookup girls, then pick one more comfortable to you geographically. Otherwise, pick the one that appeals to you more.

Irkutsk is notable for being a city on Baikal lake — a very fascinating lake in many aspects, one of the best tourist destinations in Russia.

Krasnoyarsk is one of the most civilized and pleasant cities in Siberia. If your goal is to hookup girls from Siberia in the nice-enough environment, then it’s exactly where you need to go.

Lastly, Yekaterinburg — it’s a pretty diverse city. It’s home to both the European Russians and the true Siberian Russians. Those who allegedly drink vodka all the time and ride bears, those people.

In the end, it’s different levels of comfort and Siberian-ness. No advice here, just choose what you feel appeals to you the most.

Why hookup them and how

The Siberian girls are, subjectively, better than the European ones as they are less sassy and more open and honest when you know them better. They are more enduring in terms of stress, but it largely depends on a specific person. Sadly, they also drink and smoke more heavily, be that pro or con to you. And they are still as beautiful, maybe just a bit more natural in their beauty.

The approach to dating them is pretty much the same, except the fact that you may need to spend a little more time building trust, they are old-fashioned this way. However, the Siberian cities are populated enough for you to find a partner for a night or even soul-mate in your area. All the young people in Siberia use the Internet, it’s far from being a backwater.

Siberian women are probably worth the effort if you don’t ignore their Western compatriots. It’s all the same to you where to go — to Siberia or to Moscow — then it’s reasonable to visit Moscow first and then if you have time, go to Siberia. It’s actually one of the most popular journeys — St. Petersburg to Moscow to Irkutsk. You see and try all you need to see and try in Russia and be off. If you can do it, then do it.

On another note, if you want to know more about hooking Slavs up, you’re welcome to read other articles on this subject. And if you’d rather watch than read — there’s a quality video waiting for you: